In recent times, CBD has become a buzzy wellness product. CBD, also called cannabidiol, a type of chemical, which is found naturally in cannabis plants. Numerous plants come under the cannabis family; in other words, those plants can be classified as Cannabis Indica and Cannabis Sativa, which clarifies that there are various strains and sources of CBD. However, both these cannabis types consist of THC and CBD- the concentration of both these compounds depends on from which source it is extracted. Marijuana and hemp are the top 2 CBD sources. CBD can be gathered from either of these 2 plants with similar health benefits.

CBD is a naturally occurring substance used in various wellness products like oils and edibles to transmit a feeling of calm and relaxation. CBD is not at all a psychoactive compound as it comes from cannabis. However, marijuana has a major active ingredient named delta-9-tetrahydrocannabinol (THC), which releases the psychoactive effect and makes you high. Marijuana is extracted from Indica or Sativa cannabis and has 15 to 40% of THC concentration in it.

On the other hand, hemp-derived CBD is made from industrial hemp plants, flowers, leaves, and seeds. Hemp is only extracted from Cannabis Sativa. The hemp-derived CBD has a higher concentration of CBD, and it exhibits proven medical and cosmetics benefits with only 0.3% or less THC (compound causing a psychoactive effect). 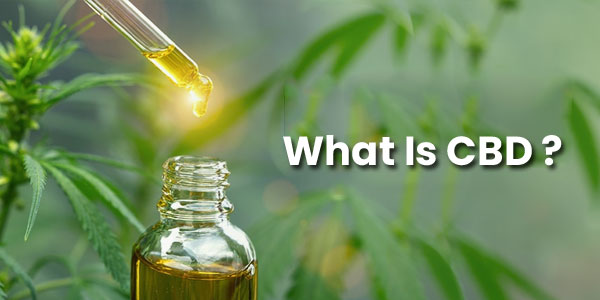 The CBD oil is mainly extracted from industrial hemp. In very rare cases, CBP products are sourced from marijuana, which will be the composition of a high amount of THC that might also give you a stoned feeling as well as can also test positive for marijuana use. The full-spectrum CBD hemp oil is extracted from cannabis plants that produce more than 400 different compounds.

Few of the compounds found in hemp oil are different from other common species of plant compounds. Around 60 of those 400 are unique to cannabis plants. These unique 60 compounds are further classified as cannabis, cannabinoids, cannabidiol, and THC- CBD is used in medicinal and cosmetics products.

It has several scientific evidence benefits such as it relaxes the body, relieves pain, reduces depression and anxiety. It also heals 2 forms of epilepsy- Dravet syndrome and Lennox-Gastaut syndrome. CBD consumption eliminates arthritis pain, inflammatory pain, and nerve-related pain. It also benefits heart health and sleep disorder. In cancer patients, it controls nausea and vomiting associated with cancer. It has a compound that helps in reducing acne and various derma problems.

There are also a few side effects of the use of CBD, which might include tiredness, nausea, and irritability. In some cases, it is also seen interacting with some medications like warfarin, an anticoagulant drug.

CBD is now formed in various forms such as oil, pills or capsules, vapes, creams, various edibles, etc. It is not legal in a few countries, so people on a national level are looking for alternative ways to enjoy CBD's health benefits without the high effect. CBD offers a wealth of health and medicinal benefits without the 'stoned' effect formed in marijuana. This is a significant reason why CBD is becoming so popular in recent times. There's a lot more to know about CBD, though.

Cannabis has a different variety of plants with different qualities, including hemp plants and marijuana plants. Recently, cannabis has been strongly linked with recreational marijuana use. It is unique to the plant and can be isolated for medicinal and other wellness purposes.

Cannabinoids emerge to be the second-most prevalent cannabinoid extraction in cannabis and are entirely isolated from THC. It is an active chemical compound that is different to cannabis plants. It is the active ingredient in several cannabis products, leading to medicinal benefits and other wellness effects.

Cannabidiol is extracted from the stalks, seeds, and flowers of the cannabis plant. It occurs naturally and can be obtained in the form of oil, independent of other cannabinoids.

Tetrahydrocannabinol, commonly called THC – is the very common compound found in cannabinoids in the cannabis plant. It is known for its psychoactive effects. It is the major compound responsible for the 'high' effect produced by medical and recreational marijuana or cannabis.